Proceed to secure checkout
or continue shopping
Close Menu
SORRY: Whilst we were hoping to be able to load much more stock this weekend, annoyingly Covid has now affected the SoC team and we have reduced staff (everyone is fine, just needing to isolate) - so unfortunately we have delayed loading additional stock until we are back to full force with our previous backlog clear. We hope to be back to full capacity and full stock in a few days - thanks for your understanding.

I've installed the OPV mod and now I don't have much steam power - what's up?

I've installed the OPV mod and now I don't have much steam power - what's up?

Usually the quick answer is "The OPV is doing what it's designed to do" - but the reason why this can be an issue needs some explanation:

The Classic is a "single boiler, dual use" (SBDU) machine - so the single boiler is used for both brew and steam.

When brewing an espresso shot, the boiler has a pump pushing water in at pressure, and an output that is opened and closed by a "solenoid valve".  So when brewing, the pump is on and the solenoid valve is open - allowing water to exit the boiler.  At this time the entire system (from pump output to coffee puck) is at pressure - including the boiler itself - of 9+ bar (depending on your OPV setting).

This is usually fine, and with a 9 bar or lower OPV setting then the OPV will bleed off any excess brew pressure water via the OPV outlet and everything will be fine.

When the pressure in the boiler (and OPV) exceeds the rated spring pressure (5 or 6.5 bar) then the OPV will open - releasing the contents of the boiler (steam and water) via the OPV outlet pipe - back into the tank.  This usually makes a frighteningly loud noise - as it's high pressure steam and water - and the process usually leaves very little (if any) water in the boiler.

So - if this happens (and you get the loud noise as the boiler pressure exceeds the OPV pressure) you then find that you have zero power (or actually zero water/steam) for steaming - as you have no water.

This ISN'T a problem of the OPV - as stated above - it's doing its job correctly.   It's a side effect of the residual pressure from the previous brew session.

What can you do about it?  Well, a number of things:

Hopefully one of the above tips will ensure that you have the correct spring fitted, the valve cap is properly installed, and you are able to avoid the excess residual pressure.

If you're still struggling after all of the above, then please contact us and we'll do our best to assist further.

This is how the OPV valve cap should be located - on the top right of the image: 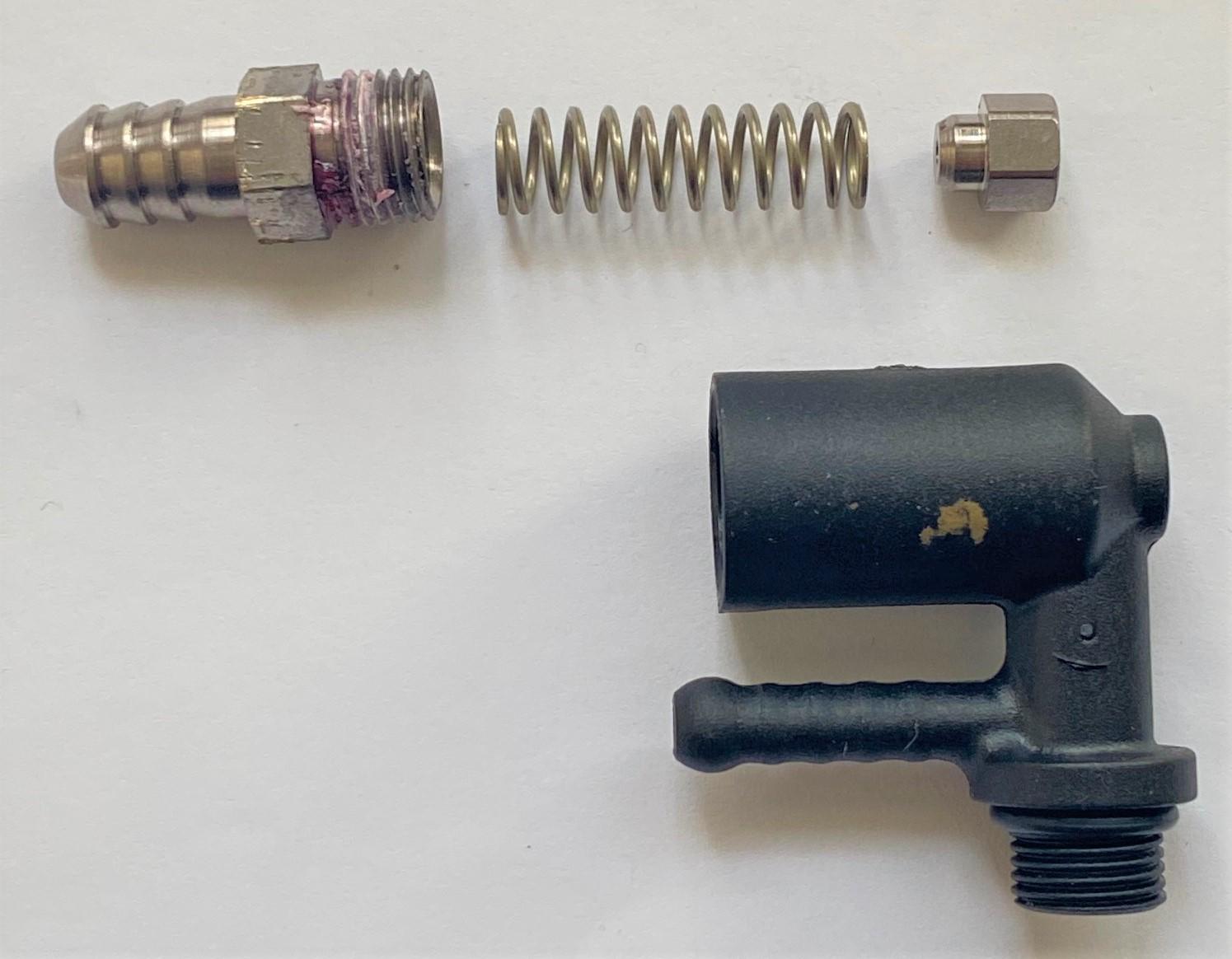